Corrine, a broker from Seattle, was the first woman to join the National Association of REALTORS (NAR). Corrine was one of the first women to pave the road for other inspiring women in real estate.

In 1992, she served as the first woman to be president for the National Association of REALTORS, and was also the youngest person to serve as president at that time. In her home state of Virginia, she was named Hampton Rhodes Women of the Year in 1990. 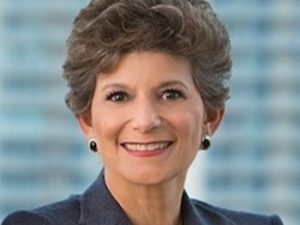 In 2017, Forbes magazine recognized Debra Cafaro as one of 100 most powerful women in the world. She is one of only 23 CEO’s named in Harvard Business Review for four consecutive years. Under Cafaro’s leadership as chief executive officer, Ventas